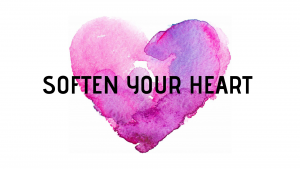 Towards the end of today’s daf (Sukkah 38b), a verse from Sefer Melachim describing an important historical event that occurred during the period of King Yoshiyahu’s (Josiah’s) reign of Yehuda (Judah) is proposed as proof for the halachic principle of שומע כעונה – ‘listening is like responding’.
Yoshiyahu was a righteous king. Unfortunately, his grandfather Menashe had promoted idolatry and the rejection of Torah and under his reign, as well as that of his son Amon, Torah had all been forgotten. However, it was during Yoshiyahu’s renovation of the Beit HaMikdash that an authoritative Torah scroll – which had previously been hidden – was found and which Yoshiayahu then instructed Shafan, his secretary, to read from. We are then told that:
‘Shafan read it in the presence of the king. When the king heard the words of the Sefer Torah, he tore his clothes. Then the king commanded Chilkiya the priest, Achikam the son of Shafan, Akhbor the son of Mikhaya, Shafan the secretary, and Asaya the king’s servant saying: “Go, inquire of God for me and the people and all Judah concerning the words of this book that has been found, for great is the wrath of God that burns against us, because our fathers have not listened to the words of this book, to do according to all that is written concerning us.”’ (Melachim II 22:10-13)*
Having been told by Yoshiyahu to ‘go, inquire of God … concerning the words of this book’, a delegation was sent to Chulda the prophetess to find out the meaning of the words that had been read, and who responded by saying:
‘This is what God says: “I am going to bring disaster on this place and its people, according to everything written in the book the king of Judah has read. Because they have forsaken me and burned incense to other gods and aroused my anger by all the idols their hands have made…”’ (ibid. 22:16-17)*
As noted in the Gemara, Chulda referred to the words that ‘the king of Judah (i.e. Yoshiyahu) has read’, even though Shafan actually read the words. Given this, Rav Shimon ben Pazi quoting Rabbi Yehoshua ben Levi himself quoting Bar Kappara concludes that since Yoshiyahu only heard the words but the verse describes it as if he said them, we can learn from here the principle of שומע כעונה (listening is like responding).
However, the Gemara then challenges this proposition, for ‘perhaps after Shafan read [the words], Yoshiyahu then read it?’. To this, Rav Acha bar Yaakov responds by quoting what Chulda said to the delegation about king Yoshiyahu which confirms that he only heard the words that had been recited: “because your heart was softened and you humbled yourself before the Lord when you heard what I decreed against this place and its inhabitants… I will gather you to your father and you will be laid in your tomb in peace. Your eyes shall not see all the disaster which I will bring upon this place.” (ibid. 22:19-20). On this basis, it is clear that we can derive the principle of שומע כעונה (listening is like responding) from this episode.
But beyond all this, and especially as we are in the midst of the month of Ellul, I would like to quote – once again – those special words of Chulda said about king Yoshiyahu whose ‘heart was softened and who humbled himself before the Lord’ (יַעַן רַךְ לְבָבְךָ וַתִּכָּנַע מִפְּנֵי ה’) upon hearing the words of the Torah – because this is ultimately what is expected of us as well: to soften our hearts, to humble ourselves before God, and to ready ourselves to hear and heed the words of the Torah.
* nb. Translations for these biblical sections are taken from Rabbi Alex Israel’s excellent essay on this historic period (see https://torah.etzion.org.il/…/shiur-26-chapters-22-23…).
×
×