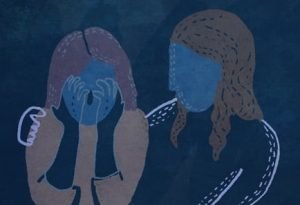 We have previously noted that the hadassim (myrtle) and aravot (willows) are bundled with the lulav such that the lulav is surrounded by these other species (see Sukkah 33a) – and the reason I mention this is because I think that this image of the lulav being surrounded and protected by these other species is relevant in explaining a fascinating Tosefta (Sukkah 2:12) quoted in today’s daf (Sukkah 41b).
We are taught that ‘it was the custom of the people of Yerushalayim that when a person left their home [on Sukkot], their lulav was in their hand. When they went to synagogue, their lulav was in their hand. When they recited Shema and prayed [the Amida] their lulav was in their hand. And though when studying Torah or reciting [the Birkat Kohanim] they would put the lulav bundle on the ground, nevertheless when visiting the sick and comforting mourners, [the people of Yerushalayim] would still hand their lulav in their hand.’
On first glance, it would seem that the main lesson of the Tosefta is to emphasise the love that the people of Yerushalayim had for the mitzvah of Arba Minim. However, it should be noted that we are only taught that they carried the lulav (which I understand to imply the lulav bundle), with no mention being made of the Etrog. Given this, what is the symbolism of someone carrying the lulav without the Etrog? Moreover, while it may be understandable that someone who is travelling to the synagogue or is involved in prayer has their lulav with them, what is the purpose of them bringing it with them when visiting the sick and comforting the mourners? Surely this would serve as an unhelpful distraction to those who are sick and to those who are in mourning?!
It is at this point that we should return to the image of the lulav which is surrounded and protected by the hadassim (myrtle) and aravot (willows), because among the main messages that someone who is sick or someone who is in mourning needs to hear is that they will be protected and supported by those around them. In fact, this concept is even physically expressed by the custom where mourners returning back from the cemetery walk between two lines of people – as if to communicate that notwithstanding their feeling of vulnerability, there are others around them who will be there for them.
Understood this way, by choosing to bring the lulav when visiting the sick and comforting mourners, the people of Yerushalayim (which, it should also be noted, is a city that is surrounded by a protective wall) communicated a deep lesson to all those in need – that just as the lulav is not alone but is – instead – surrounded by the hadassim and aravot, so too, they are not alone and there will be others with them and supporting them as they wrestle with ill health and mourn their beloved relatives.
×
×