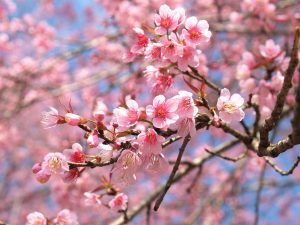 Today’s daf (Sukkah 46a) addresses my favourite bracha – Birkat Shehecheyanu – and it is here where we are taught that someone who builds their Sukkah should recite Shehecheyanu.
Significantly, many precedents are learnt from today’s daf – as well as from the discussion in Tosfot (DH Ha’oseh) on today’s daf – concerning when Shehecheyanu should and should not be recited, and while there are those whom I would describe as Shehecheyanu ‘minimalists’ who, though they acknowledge that Shehecheyanu could be recited on many occasions assert that it should only be recited on limited occasions, there are also Shehecheyanu ‘maximalists’ who emphasise and promote the many opportunities in life which are deserving of its recitation.
As you may know, I very much identify with the maximalist camp, and of those within this category, there is little doubt that Rabbi Yaakov Emden (1679-1776) is the most ardent advocate. But while space does not allow me to offer a thorough presentation of his overall thesis on this exquisite bracha, I do want to mention a particular ruling of Rabbi Emden where he explains that Shehecheyanu not only should be said at a wedding, but also when two people simply agree to marry (i.e. what some would refer to as ‘when a shidduch is made’, and what others would refer to as the moment when ‘a marriage proposal is offered and accepted’).
Offering a biblical support for his argument, Rabbi Emden explains (Mor U’Ketziah on Orach Chaim 223) that when Eliezer the servant of Avraham met Rivka, he praised and blessed God even though, at that moment, no formal agreement had been made that Rivka and Yitzchak marry. ‘Nevertheless,’ continues Rabbi Emden, ‘[Eliezer] opened his mouth with a blessing merely on account of this good sign (siman tov). Given this, how much more so [should Shehecheyanu be recited] when firm bonds of love…are established (i.e. when two people agree to marry)… for every preparation and opportunity such as an action that has been performed for the sake of performing a mitzvah (hechsher mitzvah) is deserving of reciting Shehecheyanu – as we learn from Gemara Sukkah 46a where we are taught that someone who builds their Sukkah should recite Shehecheyanu. This is significant even though, when they are building the sukkah, they cannot be sure that they will actually sit in its shade and fulfil the mitzvah inside it (eg. it may fall down). Still, given that “the Lord’s precepts are just, cheering the heart” (Tehillim 19:9), [and as such, Shehecheyanu is recited]…when preparing for a mitzvah, how much more should this be the case in the celebration of this mitzvah [when two people agree to marry].’
As mentioned, not everyone agrees with Rabbi Emden, and according to those opinions, Shehecheyanu should only be recited on formal occasions when complete mitzvot are being performed. However, I am deeply inspired by Rabbi Emden’s approach, because what he teaches us – based on the ruling in today’s daf – is that we should praise God not only on a mitzvah, but also on a hechsher mitzvah (an action that has been performed for the sake of performing a mitzvah); not only at the end of a process, but also at the beginning; not only once something is built, but also when something is in the process of being built; not only once a relationship bears fruit, but even once it has just begun to blossom.
×
×