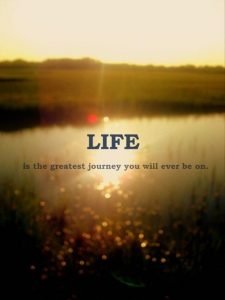 Having been taught in the Mishna (Sukkah 5:4, 51a) that ‘חסידים (pious people) and אנשי מעשה (people of deeds) would dance’ during the Sukkot Simchat Beit HaShoevah ceremony, a Beraita in today’s daf (Sukkah 53a) attempts to understand more about who these people were and their personal and spiritual qualifications which made them suitable role models to the masses:
‘“Happy is our youth, which did not shame our old age” – this is what the חסידים (pious people) and אנשי מעשה (people of deeds) would say.’ What this suggests is that those who danced in front of the people were individuals who lived a relatively consistent ethical and observant life who thereby served as an example to them.
Yet while the Mishna only listed חסידים (pious people) and אנשי מעשה (people of deeds), the Beraita suggests that this is an incomplete list and that, in addition to them, were בעלי תשובה (those who have made more significant changes over the years in terms of their ethical and/or observant life) who would say: “Happy is our old age, which has atoned for our youth”’.
What this tells us is that alongside those who lived a relatively consistent ethical and observant life were בעלי תשובה who – it should be noted – are actually considered, according to Brachot 34b, on an even higher ranking than those we consider as completely righteous.
Then, having noted how each group would initially say (or more likely, sing) their own words relating to their own life-journey, the Beraita then relates that they would both say/sing: “Happy is someone who not sinned, but if you have sinned, you should do teshuvah and God will pardon you.”
But why were they saying/singing all this? To answer, we must return to the Mishna which describes what was said/sung as דברי שירות ותושבחות – ‘words of songs and praise [to God]’. And why is this significant? Because there is no greater words of song or praise to God than the song of our life which attests to our love and loyalty to God to such an extent that we are – and that we have been – prepared to change significant parts of our life as an expression of that love and loyalty.
×
×