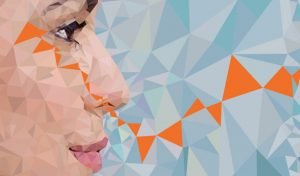 Today’s daf (Yoma 14b) presents two different views about the order in which the ketoret (incense) was offered and the neirot were prepared (by removing the ashes and old wicks from the Menorah from the previous day) by the Kohen Gadol in the days leading up to Yom Kippur.
According to the majority opinion, the preparation of the Menorah was interrupted by the offering of the ketoret; first, five of the lamps of the Menorah were cleaned, then the ketoret was offered, and then the last two lamps of the Menorah were cleaned. However, Abba Shaul disagreed and said that all seven lamps of the Menorah were first cleaned, and then, the ketoret was offered.
Yet as numerous commentaries point out, especially according to the majority view – which is how Rambam codifies this law (see Hilkhot Temidin U’Musafin 6:4) – there is no obvious reason why these two mitzvot are intertwined. So what is the connection between preparing the Menorah and offering the incense?
Addressing this point, Rabbi David Silverberg* offers the following explanation: ‘The lights of the menorah are commonly viewed as symbolizing the “light” of Torah knowledge, how the Torah must serve as our guide through life, illuminating for us the path that we ought to take, [while] the incense… perhaps signifies the need to create and maintain a pleasing, appealing environment in the process of shining the light of Torah. The wisdom of Torah can shine and illuminate only if it is accompanied by “ketoret,” with a pleasant aura. Torah life must have a pleasing, enjoyable quality, an atmosphere of happiness, serenity and goodwill that people find appealing, like incense. If we want to kindle the menorah, and allow the Torah to shine and guide our nation, it must be associated with “ketoret,” with an inviting feeling of pleasantness, positivity, and palpable joy.’
Personally, I love what Rabbi Silverberg has written. However, I would like to add one further layer of explanation – distinguishing between the Menorah whose light was seen, and the incense whose fragrance was smelt.
Many people think that a Jew is defined by how they look. But, as the Maharal explains (Chiddushei Aggadot on Sanhedrin 93b), while it is possible to wear the right garb, and say the right things to try and give off the right image (as Yaakov did to his father Yitzchak), the ultimate quality of a Jew is not measured by their physical clothes. Instead, as the prophet Yeshayahu (11:3) teaches in the words: הֲרִיחוֹ בְּיִרְאַת ה’ וְלֹא לְמַרְאֵה עֵינָיו יִשְׁפּוֹט וְלֹא לְמִשְׁמַע אָזְנָיו יוֹכִיחַ – ‘And his scent shall be in the fear of the Lord; he shall not judge by what his eyes see, nor decide by what his ears hear’ – the ultimate quality of a Jew is their spiritual scent. This is why the Gemara (Sanhedrin 93b) says that Mashiach will be able to smell the actions of every person, and this is why our Sages described scholars whose attitude and behaviour were lacking as people who lacked ריח התורה – the scent of Torah.
Interestingly, it is customary to decorate a shul with flowers for Shavuot, and many people think that this is because we want the shul to ‘look’ like Mount Sinai. However, a close look at the origins of this custom demonstrate that this was done because we want the shul to ‘smell’ like Mount Sinai (see Maharil, Hilchot Shavuot, and contrast with Rema OC 494:3). In fact, the Gemara (Shabbat 88b) goes so far as to say that when each of the Ten Commandments was spoken the whole world filled with fragrance, meaning that aside from the Jewish people hearing the decalogue, they actually were able to detect a spiritual fragrance as well.
Returning to our daf, I believe that by intertwining the actions around the Menorah and the Ketoret a profound message is being taught, that even when we are involved in actions relating to spiritual appearance, we must not forget the essential quality of spiritual scent. For it is primarily this quality which is the force that leads to spiritual a-scent, or God forbid, spiritual de-scent.
* see https://www.etzion.org.il/en/salt-parashat-tetzaveh
×
×