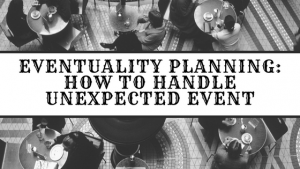 In the first Mishna (Yoma 1:1) of our new Massechet (Yoma 2a) we are told that while the Kohen Gadol was sequestered for seven days before Yom Kippur, a further safety measure was taken to ensure the smooth running of the Yom Kippur service by designating a second Kohen Gadol as his ‘understudy’. This was due to the concern that שמא יארע בו פסול – perhaps the first Kohen Gadol may become טמא (spiritual impure) and would become disqualified to lead the Yom Kippur service. Therefore, by having an understudy who was trained in the Yom Kippur ritual and who was careful to maintain his טהר (pure) status, an immediate replacement would have been available where necessary.
The Mishna then proceeds to present the view of Rabbi Yehuda who states that since, according to Vayikra 16:6, the Kohen Gadol needs to be married, he should therefore have an ‘understudy’ wife who would be married to him ‘on paper’ – for that day only – due to the concern that שמא תמות אשתו i.e. perhaps his wife may die which would render him disqualified to lead the Yom Kippur service.
However, the Rabbis challenged Rabbi Yehuda and said, אם כן אין לדבר סוף, which literally translates as, ‘if so, there is no end to the matter’, and which means here that if you are going to require an understudy wife, then you might as well require an understudy of the understudy – since it is possible that the understudy herself may die. However, given the incredibly low likelihood of such events transpiring (as also possibly due to the seeming impropriety of the Kohen Gadol having two wives, and what this would mean for the specific woman concerned), the Rabbis took the view that there is no need for the Kohen Gadol to have an understudy wife.
The problem, however, is glaring, because if the Rabbis were of the belief that אם כן אין לדבר סוף, then why do they require an understudy Kohen Gadol on the basis that שמא יארע בו פסול? The answer, it would seem (as per Yoma 13a), is that the Rabbis were concerned about the more likely possibility that the Kohen Gadol may become טמא, while they were not concerned about the less likely possibility that his wife may suddenly die.
From here we learn that while thinking about and planning for possibly unexpected and undesirable outcomes is prudent, thinking about and planning for all possible unexpected and all undesirable outcomes is unnecessary. It is this question that is being debated here between the Rabbis and Rabbi Yehuda, and the conclusion – where we rule in accordance with the Rabbis – comes to teach us that while it is good to be prepared, we need not try and prepare ourselves for every possible life eventuality because, were we to take such an approach, אין לדבר סוף – there is no end to the matter.
Go to Top