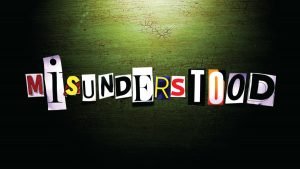 Today’s daf (Yoma 20b) relates an incident when Rav Shila, who had moved from Israel to Bavel, was about to deliver a public shiur, but there was no ‘meturgeman’ – someone to translate his talk from Hebrew to Aramaic – available.

As it happens, Rav – who was a senior Amora and who founded the Sura Babylonian Academy – was present, and so he went to stand alongside Rav Shila to fill the role of meturgeman – although at the time, Rav Shila was unaware of the identity of this generous volunteer.

In the course of the lecture, Rav Shila used the word ‘gever’ (whose meaning in relation to the Yom Kippur order is debated in today’s daf, with some thinking that it refers to a man, while others think that it refers to a rooster), which Rav translated as ‘man’ – to the aggravation of Rav Shila who thought it meant ‘rooster’. Given this, Rav Shila turned to Rav and told him he should have explained it differently.

Rav was seemingly frustrated with Rav Shila, and he then proceeded to tell him that he had previously also served as a meturgeman to Rav Chiya, and that when he translated ‘gever’ as ‘man’, Rav Chiya was satisfied with this interpretation. The penny then dropped, and Rav Shila then realised who Rav was. Feeling bad about what had happened, Rav Shila suggested that having Rav serve as his meturgeman was below his stature and he encouraged him to sit down, but Rav insisted on completing the task.

For some people, this story is about interpretation, and specifically whether the word ‘gever’ means ‘man’ or ‘rooster’? However, I would like to tell this story from the perspective of Rav Shila with a slightly different focus.

Rav Shila had his own approach and interpretation, and in the process of translation it became clear to him that he had unknowingly been misunderstood and misrepresented. He was initially annoyed, but he then realised that the person who had done so was more senior to him, which meant that to say he was right would be to challenge his senior, and to ignore it would mean to ignore his own perspective and conscience. At that point Rav Shila was not sure what to do, but to avoid further situations like this, he suggests that Rav sit down.

And the reason why this story speaks to me is that I too have had occasions in my life when my teachers have unknowingly misunderstood or misrepresented me, and my respect and reverence of them has meant that I had to choose between challenging them and standing firm on my ideas, or not challenging them and continuing to feel misunderstood. Admittedly, there have been some occasions when I adopted the former approach, but there have been many more when I have adopted the latter.

How a person balances their desire for being authentically understood by others, and the respect which they have for others which sometimes holds them back from correcting them, is not a simple matter. And while such situations occur between students and teachers, they occur far more often between children and parents. Naturally, there isn’t always a simple answer to these situations. But acknowledging that they often arise is an important step to giving some perspective for when they do.