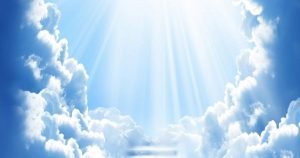 We often look at the world from the perspective of a person, but not from the perspective of the soul – which is precisely why Mishna Avot 4:22 is such a significant teaching of Chazal as it tells us that: “against your will were you formed, against your will were you born, against your will you live, against your will you will die, and against your will you will give an account and reckoning before the King of the kings of kings, the Holy One, blessed be He.” Simply put,
However, this Mishna is confusing – for if the soul is placed in the body against its will, why does it leave the body against its will?
The answer to this question, as suggested by Rabbi Naphtali Wiesner in his book ‘In His Own Image’, is that ‘after the body-soul partnership is formed, the soul strives with all its might to preserve this body’ – meaning that while the soul has a natural aversion to be placed in a body, once it is placed there, it does all it can to maintain the body.
In today’s daf (Yoma 21a) we are taught that there are a number of heart-renching sounds that exist in the world – of which the most significant is that of a soul leaving a body. However, we are then told that ‘the Rabbis beseeched God for mercy concerning the sound of the soul when it departs from the body, and eliminated it’ – meaning that this cry of the soul was so hard to hear that our Sages begged God to mute that sound.
It is important to note that what is not being discussed is the cry of a soul in a time of distress leading to death, or the cry of a soul experiencing a distressing death. Instead, it speaks of the cry of a soul at the moment of any, and every, death. And why would the Sages not want this sound to be heard? I believe it is to help us distinguish between cries which we cannot help and heal, and cries that we can.
As mentioned, every soul is placed in a body against its will, and it leaves a body against its will. This is ultimately the way God made the world, and while this is distressing for the soul, there is little we can do to ease those transitions for the soul. Moreover, when death occurs, it is essential to remember that the soul moves to another world and experiences what Heschel describes as a ‘homecoming’.
Still, as he proceeds to explain, ‘in spite of the excellence which the afterlife holds in store for the righteous, there is no craving for death in the history of Jewish piety. [And] while it is true that the condition of the life beyond is eternity, it was maintained that the quality of living here and now has an excellence not given in the afterlife: freedom, serving Him in freedom. It is greater to struggle on earth than to be an angel in heaven.’
Given this, why do I think the cry of the soul was muted by God? I believe it was to teach us that while such a cry is one which we can’t help, when we do hear a cry, it is a cry that we can – and must – help.
When tragedies occur, we wish – with all our heart – that we could change what has happened while knowing that we can’t. But what we can do – and what we must do – is sensitize ourselves to the cries we can hear; to commit ourselves to help those in need, and to do all we can to prevent future calamities.
Go to Top