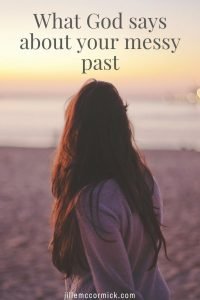 Towards the end of today’s daf (Yoma 22b), Rav Yehuda quotes a teaching of Shmuel who contrasted the reign of Shaul and of David, wondering why the former was so brief (2 years – see Shmuel I 13:1) and did not continue with Shaul’s descendants, while the latter was much longer (40 years – see Shmuel II 5:4) and did continue with David’s son Shlomo?
To this, Shmuel replies that it was because Shaul had no flaw in his family, to which the Gemara then adds that this is a similar to the teaching of Rabbi Shimon ben Yehotzadak who explained that we do not appoint a communal leader unless they have what the Gemara calls ‘creeping animals hanging behind them’ – or what we may call today ‘skeletons in the closet’ (i.e. a complicated or sinful past either in terms of themselves or in terms of their ancestors). As the Gemara explains, the reason for this is because such a person is generally more humble, and they do not use their genealogy – which, at least in their eyes, affords them a sense of privilege – to force decisions onto the community.
Beyond this, the Maharal (Netivot Olam: Netiv HaAnava Ch. 7) makes a further comment on this topic, noting that a communal leader needs to be תוך הכלל – from amongst the people, rather than being נבדל בגאותו – aloof and separate from the people, and by having a complicated past, not only does it help the leader maintain a sense of humility, but it also makes them more understanding of to the complicated lives of those whom they lead.
Oftentimes, we think that the requisite qualifications of a prospective leader are those listed on their resume – such as where they studied and where they have previously worked. And if a person has a complicated background, they will often make sure that this is not reflected whatsoever either on their resume or in an interview for a leadership position.
However, while qualifications and professional experience are valuable and are important, what we learn from today’s daf is that someone who has a broad range of life experiences, and whose background and life journey is not linear and predictable but is, instead, messy and complicated, and who has channeled such experiences into personal virtues, is often much better qualified – both in terms of who they are and what they can give – to lead others.
×
×