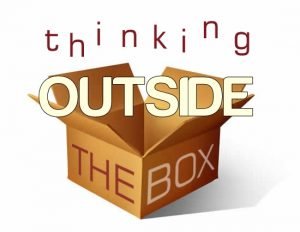 Other than the fact that he was a Kohen Gadol during the Second Temple period, I know little about Ben Katin who is mentioned in a Beraita in today’s daf (Yoma 25b) as well as later on in Mishna Yoma (3:10, 37a). However, as the Mishna notes, Ben Katin made two significant changes to the kiyor (laver) which was used by the Kohanim in order to wash their hands and feet before performing their Temple service.

Firstly, until his day the kiyor only had two spigots – which meant that only two Kohanim could wash their hands and feet at any one time. However, Ben Katin added ten further spigots so that, as the Beraita explains, “his twelve fellow Kohanim who were involved in the Tamid offering could sanctify their hands and feet at the same time”. And secondly, given the halachic problem of having water sitting still in the kiyor overnight – which would have meant that it would have needed to be emptied and refilled each morning – Ben Katin created a contraption that enabled the kiyor to have running water pass through it at nighttime.

It is worthwhile considering how these two problems which Ben Katin came to solve were likely to have been known to previous Kohanim Gedolim. However, while this may have been so, none of his predecessors had the insight, energy, passion and determination to initiate and to carry out these two significant improvements. Furthermore, I suspect that Ben Katin may well have received criticism for his desire to make these improvements, and having explained what he wanted to do, it is likely that he was told that it is ‘tradition’ to have only two spigots on the kiyor, and that the problem about the sitting water was among the ‘unsolvable’ halachic problems in the Beit HaMikdash.

Yet while this may have been so, Ben Katin was driven to improve the systems of the Beit HaMikdash to help them operate more smoothly and with greater adherence to specific halachic issues that – until then – had been overlooked. Yes, he would have said, tradition is important; but so is inclusion. And yes, there are occasionally problems that cannot be solved; but there are also many whose solutions are simply waiting to be discovered – or created.

Interestingly, when the Mishna recalls these two improvements of Ben Katin, he is listed alongside King Munbaz and his mother Hilni who made various costly donations to the Beit HaMikdash. By doing so, I believe that the Mishna is teaching us that while there are those who make significant financial donations, there are others who make significant donations with their time, insight, energy, passion and determination – and that both should be valued and celebrated.

Over the years I have lived in various different communities, and in every community where I have lived there has always been at least one man or woman like Ben Katin who doesn’t see problems but solutions, and who makes various suggestions to the powers that be to improve the systems or to solve particular halachic problems arising in their community. In fact, especially over the past year during COVID, those individuals have likely been working overtime to identify various practice solutions to help their communities meet the needs of their members and the demands of halacha.

Like Ben Katin, some of those people may have been told that their out-of-the-box solutions conflicted with ‘tradition’, or that the problem they wanted to address was ‘unsolvable’. But like Ben Katin, these individuals are not driven by their ego, but rather, by the needs of others and by their loyalty to halacha. As a result, a number of these solutions have been realised in the past year and have been invaluable as communities have had to adapt to these challenging times.

So to all those ‘Ben Katin’s’ in every Jewish community, I applaud you, and I – along with the members of your community – thank you for all that you do, and for all the time, insight, energy, passion and determination that you give.