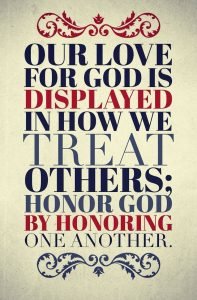 In today’s daf (Yoma 26a) we find a debate concerning which Kohanim brought the limbs of a sacrifice onto the ramp and up to the altar.

Reflecting on this debate, our daf suggests a halachic rationale for each position. In terms of Rabbi Eliezer ben Yaakov’s opinion found in Mishna Tamid – who insisted that the same kohen who brought the limbs onto the ramp was the one who took them from there to the top of the altar – this was due to the concern that ‘in the place of the Divine Presence, it is not proper conduct [to have one kohen seemingly only do half the job, and another then come to replace him in order to finish the job]’.

Contrasting this, the rationale suggested in support of Mishna Yoma – which suggested that a different kohen could take over this service midway through – is captured by the words of Mishlei 14:28 of ברוב עם הדרת מלך, ‘where there are many people is the glory of the king’, which is a phrase that is often used to highlight the spiritual quality of many people (passively) being present at a particular event, but which is being used here (and is used elsewhere in the Gemara, see entry on ברוב עם in the Encyclopedia Talmudit) to highlight the spiritual quality of many people (actively) being involved in a particular religious event.

Interestingly, notwithstanding the concern of Rabbi Eliezer ben Yaakov in Mishna Tamid, the halacha reflects the position of Mishna Yoma (see Rambam, Temidim UMusafim 4:8) – meaning that while one kohen brought the limbs onto the ramp, a different kohen who had ‘won’ the lottery, carried the limbs from the ramp onto the altar. And by making space for the inclusion of another kohen in this divine service, ‘the glory of the king’ is honoured even more.

All too often we confuse our honour with God’s honour. Yet what we learn by this invocation of ברוב עם הדרת מלך is that we honour God when we honour others, and when we make room for others – even if this involves us stepping aside from the sacred work that we are doing to create opportunities for others – we honour God.