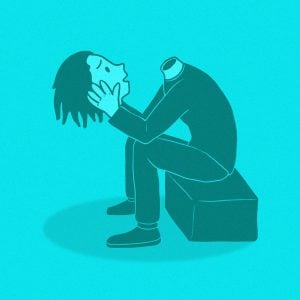 While discussing the bigdei kahuna (priestly clothes) worn by the Kohen Gadol on Yom Kippur and the changes of clothing performed by a Kohen Gadol on Yom Kippur, today’s daf (Yoma 32a) refers to Vayikra 16:23 which states how “Aharon shall then go into the Ohel Moed (Communion Tent), and take off the white linen vestments that he had worn when he entered the [inner] sanctuary.”
But as the Gemara then states, this verse seems to be overly verbose, and the words “that he had worn” appear extraneous. As it then asks: כלום אדם פושט אלא מה שלבש – “can a person remove anything other than what they had been wearing?”.
To this, the Gemara the responds by saying that we extrapolate from this verse how donning clothes and removing them are connected, and that both require an accompanying sanctification by the Kohen Gadol.
However, I would like to offer a second answer to this question of “can a person remove anything other than what they had been wearing?” which, though always relevant, has certainly been on my mind in the past few days while my house has been physically shaking each time rockets fall in the south (I live approximately 25km from Gaza) and while I and my family have had to rush to the bomb shelter in response to air raid sirens in the area.
To explain, it should be clear that beyond the clothes that we wear, we also wear biases and presumptions. In fact, every single one of us have our own subjective biases or what Rabbi Yisrael Salanter calls כוחות הנפש, (literally, ‘soul-forces’). In fact, as R’ Salanter explains (Or Yisrael Ch. 30), “a human being, by virtue of being a human being, even if they have the ability to remove these soul-forces from affecting their mind… are still a human being. Their soul-forces still remain within them, and they cannot fully rid themselves of them, which means that a human being can never reach a truly objective truth in their judgement that has not, in some way, been influenced by their own soul-forces.”
Given this, what does Rabbi Salanter suggest especially when dealing with matters of judgment? He suggests that when called to judge a situation, rather than pretend that they don’t have their own כוחות הנפש, a person should, instead, try and put to the side the influence of those כוחות הנפש and instead, rely on evidence rather than opinion; on facts rather than on perception. At the same time, it is also important to note that not all of us are called upon to fill the role of judge, and like a parent who one would not expect to be truly objective about their children, sometimes we need to recognize that our task is not to judge but simply to support.
And this brings me back to the question of the Gemara: “Can a person remove anything other than what they had been wearing?”, to which I believe a further answer is that each person needs to know that they wear more than their clothing, and they wear their own כוחות הנפש which, though capable of being reduced, is mostly not able to be removed.
Thus it is important that all those who judge what is currently taking place in Israel should first acknowledge these כוחות הנפש – their personal, subjective, soul-forces – and if they do need to make judgements, their words should be based on evidence rather than opinion; on facts rather than on perception. At the same time, the very act of acknowledging our own כוחות הנפש should make a person think more than twice before offering their judgement, and though judgement has its place, so too does unconditional support – especially to those feeling fragile and vulnerable and those innocent men and women who are now mourning their dead.
×
×