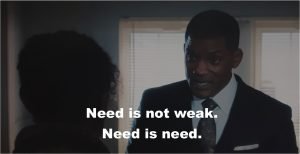 An oft-referenced principle that is mentioned in today’s daf (Yoma 39a) and in numerous other places in halachic literature is that התורה חסה על ממונן של ישראל – “the Torah is concerned with the income/finances/expenditure of the Jewish people”.
In terms of today’s daf, this principle is invoked in order to highlight how certain objects that were used in the Beit HaMikdash were made of simple wood so as not to burden the communal treasury. However, we also find that this phrase is used to justify the rendering of lenient halachic decisions in cases of financial loss (nb. for a good examination of this topic, see Sh’ut Minchat Asher Vol. 2 No. 50).
Personally, as I have grown as a teacher and Rav, I have found myself often referring to this phrase of התורה חסה על ממונן של ישראל. This is because if I am to teach Torah or provide halachic rulings that represent Torah, I must be concerned with the income, finances and expenditure of those who turn to me for guidance.
The problem, however, is that many people are often unprepared to address or acknowledge their financial strains, yet by failing to do so, they can find themselves under greater strain in the future. Given this, I would like to share a line that I heard some years ago that stuck with me – not only because I think it is worthy of sharing, but also because it may speak directly to someone who is currently reading this piece.
Early on in the fascinating movie ‘Concussion’ – which highlights the events surrounding the discovery and research of CTE – Dr. Bennet Omalu was asked by a local priest to give room and board to Prema who had recently arrived to the US from Nairobi (and who was later to become his wife).
When Prema arrived in Bennet’s home, and after he showed her where her room was to be, he asked her, “How are you for money?” and offered her money for her living expenses. Prema initially flinched. But then Bennet responded to her and said the following simple words: “Need is not weak. Need is need.”
Personally, I think we all need this reminder once in a while, and especially when discussing things that matter to those who represent Torah leadership, we should be prepared to speak about – and be respected for speaking about – our real needs. And why? Because failing to do so thereby ignores one of the heavy burdens that many of us carry and are significantly strained by, and because התורה חסה על ממונן של ישראל – the Torah is concerned with the income/finances/expenditure of the Jewish people.
×
×