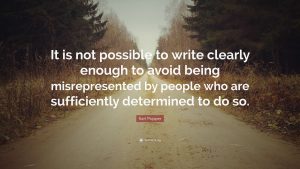 Today’s daf (Yoma 40b) records a question raised by Rabbi Akiva’s students to their revered teacher concerning the lottery drawn by the Kohen Gadol on Yom Kippur.

In terms of the lottery, there were two engraved plates placed in a box: One ‘L’Hashem’ (to God) – which destined one of two identical he-goat’s to be offered in the Beit HaMikdash, and the other ‘L’Azazel’ (to the desert), which destined the other he-goat to the desert. And in terms of the process, the Kohen Gadol would have one goat to his right, and the other to his left, and then place both hands his hands in the box. Whichever hand – whether right or left – drew ‘L’Hashem’ determined that the animal of that hand and side was to the offered in the Beit HaMikdash, and vice versa with the goat ‘L’Azazel’.

Having explained all this, the question raised by Rabbi Akiva’s students was whether a Kohen Gadol who had initially drawn the lot ‘L’Hashem’ with their left hand may switch it to their right hand?

To this, Rabbi Akiva responded to them by saying: אל תתנו מקום לצדוקים לרדות – meaning, ‘do not give the Sadducees an opportunity to rebel’ which, though somewhat of a cryptic remark, clearly reflects the very real tensions that existed in Israel in the 1st century, and specifically, Rabbi Akiva’s concern that even the mere consideration of the theoretical halachic permissibility of such a switch by the Kohen Gadol would provide fuel to those who sought to challenge and undermine the role of the rabbis as teachers and interpreters of the Oral Tradition.

Today, our concern may not be the Sadducees per se. Still, there are many people who are looking for opportunities to challenge and undermine the role of the rabbis as teachers and interpreters of the Oral Tradition, and whose less-than-friendly agenda leads many Rabbis to think more than twice about publicly sharing their thoughts on nuanced matters of Jewish thought and Jewish law. In fact, it should be noted that in the pre-COVID era, many Rabbis actively refrained from sharing their Torah thoughts online for numerous reasons including this one, and even now, many have a long list of topics that they are wary to address in public for reasons that are almost identical to those summed up by Rabbi Akiva in the words אל תתנו מקום לצדוקים לרדות.

But obviously this creates a catch-22, because if they do not address topics, they fail to lead. And if they do, they risk being misinterpreted and having their words used for agenda’s not reflective of their view. So how is this problem avoided?

The answer – I believe – is achieved through being crystal clear about what you are saying and what you are not, and also crystal clear about how your words can be applied, and in what circumstances they don’t apply (nb. we saw some examples of this with rulings produced over the past year in response to the difficult conditions we’ve experienced due to COVID).

Of course, such specificity does not always ‘fit’ the soundbite world in which we live where so many of us want deep ideas to be presented in just a few short words. But I believe that by taking a little longer to explaining precisely what you mean is the price that one needs to pay to engage in topics that matter, while also avoid being misinterpreted and misrepresented.