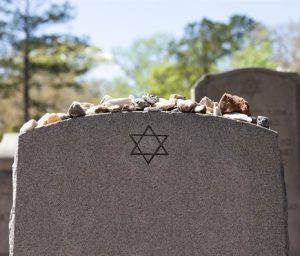 Today’s daf (Yoma 42a) relates that around the time when the Rabbis were exploring the association between Parah Adumah and the se’ir hamishtaleach (the scapegoat), the Amora called Ravya bar Kisi died, which then prompted the statement that ‘[the death of] Ravya bar Kisi atones like a se’ir hamishtaleach’. However, what is not clear is how we should understand this phrase and why, as the Ritva queries, the death of Ravya bar Kisi is compared to the se’ir hamishtaleach, and not to the Parah Adumah. To answer, I would like to share the thoughts of the Netziv in his HaEmek She’elah (on Parshat Chukat), of which an abridged version can be found in his Meromei Sadeh (on Yoma 42).
As mentioned, today’s daf contrasts the Parah Adumah and the se’ir hamishtaleach. However, while some similarities exist between the two, there are also differences. Specifically, while the function of the Parah Adumah is to transform the spiritually impure (טמא) into the spiritually pure (טהור), the se’ir hamishtaleach achieved atonement (כפרה) on Yom Kippur (and specifically, atonement through acts of separation (פרישות) – such as those which we observe on Yom Kippur, which – as the Netziv adds – is also derived from the word עזאזל which is understood to refer to עזא and עזאל who committed sexual sins).
And why is this relevant? Because, as the Netziv explains, Ravya bar Kisi whose death is recalled in today’s daf was actually a young bachur called Kisi who was very pious, who was known for being committed to separating from anything spiritually improper (פרישות), and who – in his lifetime – was wary from slipping in any form of sexual sin (עריות). What this means is that the statement, ‘[the death of] Ravya bar Kisi atones like a se’ir hamishtaleach’ is actually a stirring spiritual tribute to a young lad who died and who lived a life that, according to those who knew him, was comparable to the spiritual level that most of us only attain on Yom Kippur.
What this means, as explained by the Netziv, is that when someone’s death is compared to a Parah Adumah, a commentary is being made about their commitment to self-transformation and spiritual purity (טהרה), while when someone’s death is compared to something associated with Yom Kippur (eg. the Priestly Clothes or, in this case, the se’ir hamishtaleach), a commentary is being made about their commitment to separation (פרישות) and sanctity (קדושה).
Yet beyond what the Netziv writes about who we shall now call ‘Kisi’, and the fact that he is mentioned twice elsewhere in the Gemara (Bava Batra 63a & Chullin 20b), we know almost nothing else about this young man. Still, the very fact that his Torah thoughts are reverently quoted elsewhere (Bava Batra and Chullin ibid.), and given the remarks of the Netziv, it is clear that he was a remarkable young man. And having understood this background, we now appreciate why, amid a deep discussion about two of the most spiritually significant ceremonies – the Parah Adumah and the se’ir hamishtaleach – reference is made to the death of Ravya bar Kisi, because his death was – to those who knew him – no less personally and spiritually impactful than the ritual of the se’ir hamishtaleach itself.
×
×