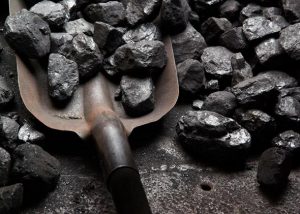 We were previously taught in the Mishna (Yoma 4:4) that throughout the year when the Kohen scooped up the coals to be used for the Ketoret (incense), he scooped up 4 kav’s (approx. 8 litres) of coal with a silver fire-pan, and then poured this into a gold fire-pan with a capacity for 3 kav’s (approx. 6 litres), whereas on Yom Kippur, the Kohen Gadol simply took a gold fire-pan of 3 kav’s of coal and brought it into the Kodesh Kodashim.
This process is explained further in today’s daf (Yoma 44b) while making reference to another Mishna (Tamid 5:5) stating how ‘a kav of coal became scattered through the pouring [from the silver fire-pan holding 4 kav to the gold fire-pan holding 3] which were then cleared into the water stream [that ran through the Temple Courtyard].’ Yet, as the Rambam rules in his Hilchot Temidim 3:5, though ‘If a kav or less of the coals became scattered, [the Kohen] should sweep them into the channel’, still, ‘if more than a kav become scattered, he should collect more with the fire-pan.’
Reflecting on these teachings about hot coals, I think they can be interpreted as speaking of those burning aspirations that so many of us have when we are young. And like the Kohen who drops a kav of coals in his journey, over our lives we drop some of those burning aspirations as we align the hopes and dreams of our youth with the needs and demands of adulthood.
However, as we learn from here, while this outcome is only natural when transferring from a fire-pan with capacity for 4 kav’s to one of 3 kav’s, two important rules must be met: Firstly, if you drop more than a kav’s worth of coals, you must go back for more. And secondly, on Yom Kippur, you cannot drop any coals at all.
Ultimately, though there are things that we carry at the start of our journey which need to allow to fall by the wayside, there are times when this shouldn’t occur. And figuring out which of our coals, and which of our burning aspirations, are those that we do not drop, and which are those that we let go of, is one of the great questions that we each must wrestle with.
Go to Top