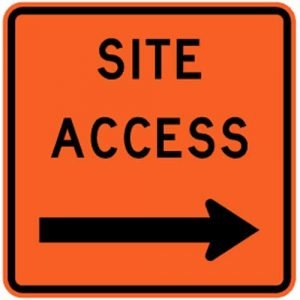 In today’s daf (Yoma 51b) we are taught a Beraita presenting three opinions about the path taken by the Kohen Gadol as he proceeded towards the Kodesh Kodashim. According to Rabbi Yehuda, he walked between the inner Mizbeach (altar) and the Menorah. According to Rabbi Meir, he walked between the Shulchan (table) and the inner Mizbeach. And according to Rabbi Yossi, he walked between the Shulchan (table) and the wall.
Moreover, we were also taught in the Mishna (Yoma 5:1) found in today’s daf that, according to Rav Yossi, ‘there was only one curtain’ separating between the Heichal (Kodesh) and the Kodesh Kodashim which was folded back at its northern edge.
What this means is that, according to the interpretation of Rav Yossi, when the Kohen was walking in the Heichal towards the Kodesh Kodashim, he could see into the Kodesh Kodashim while he walked -since the entrance was immediately ahead of him.
For Rabbi Meir, such direct physical and visual access was considered ‘improper’, and thus he suggests that the Kohen took a more circuitous route so he approached the Kodesh Kodashim indirectly – as if seeking permission before entering.
However, as the Gemara (Yoma 52a) explains, Rav Yossi disagrees and argues that the ability for the Kohen to see and walk directly into the Kodesh Kodashim expresses the love that God has for us, thereby granting us permission to approach God, as physically represented by the Kodesh Kodashim, directly.
Nowadays there are those who believe it correct to make access to holiness difficult, and who think that a way to honour the holy is to place boundaries around it, or around those who represent it. But what I draw from today’s daf, and from the experiences I have had of knowing a number of inspirational teachers and leaders, is that true greatness isn’t about residing in an ivory tower. Instead, it is about being there for people in their hour of need, and making it known that – whatever their need – they are loved, supported, and valued.
×
×