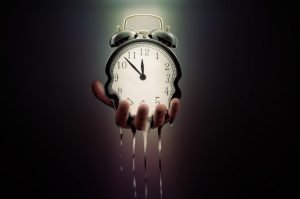 When Am Yisrael reached the Yam Suf, with the water ahead of them and the Egyptians behind them, Moshe began to pray. However, as Chazal explain, God then spoke with Moshe and said, “Now is not the time for a prolonged prayer when the people of Israel are in distress” (see Rashi on Shemot 14:15). What we learn from here is that notwithstanding the most intense of situations, the anxiousness and distress of others is a determinant factor in terms of the length of our prayers to God.
Of course, when a person prays alone, or when they pray with others but in a situation where others are not relying on them or waiting for them, they should take their time in prayer. For example, the Gemara (Brachot 31a) describes the intense prayer experience of Rabbi Akiva when he prayed alone. Still, the same Gemara notes that when Rabbi Akiva was praying with the community – who likely waited for him to complete his prayers – he too shortened his prayers (nb. on this distinction, see also Rambam, Hilchot Tefillah 6:2).
Significantly, when Moshe was at the Yaf Suf, or when Rabbi Akiva was praying with others, each were visible. However, we learn from a further story – namely that of the Egel HaZahav – that when someone – in this case, Moshe – is not visible to the people and appears to have taken longer than expected, this can frighten the people to such an extent that their fear causes them to make rash and irresponsible decisions.
I mention all this by way of introduction to what we are taught in the Mishna (Yoma 5:1) in today’s daf (Yoma 52b), that when the Kohen Gadol left the Kodesh Kodashim on Yom Kippur, ‘he recited a short prayer in the Heichal (Kodesh) but he did not prolong his prayer so as not to frighten the people.’ This is because there was a tradition that a Kohen Gadol who deviated from the sacred Yom Kippur service would die, and so if the Kohen Gadol prolonged his prayers, this frightened the people.
Admittedly, as noted by Rabbi Menachem Kasher (quoting the Sefer ‘Melechet Machshevet’), the small bells on the clothes of the Kohen Gadol did provide some solace to the people, because by hearing the bells chime, they would have known that the Kohen Gadol was still moving. Nevertheless, even with these bells, the Kohen Gadol is taught not to prolong his prayers (on this point see Yoma 53b which recounts how a Kohen Gadol – identified in the Yerushalmi as Shimon HaTzaddik – did prolong his prayers, yet notwithstanding the sincerity of his prayers, he was told that he should not have done so).
However, there is also a deeper meaning of the words of this Mishna – due to the deep connection between the story of the Egel and Yom Kippur – the day of its atonement. And what we learn from our Mishna is that the deliberate instruction to the Kohen Gadol not to prolong his prayer so as not to frighten the people is a reminder of the consequences of leaders (seemingly) taking too long and thereby frightening the people.
And why is it so significant that this relates to the prayers uttered by the Kohen Gadol upon leaving the Kodesh Kodashim? Because this was where the broken and new luchot were kept; the luchot that were broken in response to the Egel, and the luchot that were given again on the original Yom Kippur for the Jewish people (nb. while I initially thought of this connection, I was delighted to see that this too was the thinking of Danny Nagen as noted by his brother R’ Yaakov in his sefer ‘Nishmat HaMishna’).
Overall, what we learn from here is that a religious leader needs to concern themselves with both spiritual and emotional leadership. They need to pray on behalf of the people. But they also need to instill a feeling of confidence to the people. And if – even with the best of intentions – the spiritual actions of a leader cause the people to feel anxious, distress or frightened – then there aren’t doing their job as they should because the feelings of the people is an essential part of the priorities of a leader.
×
×