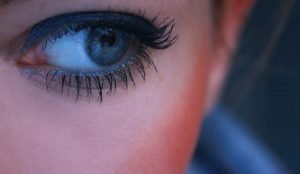 Today’s daf (Yoma 54a) quotes from Mishna Shekalim 6:2 to tell a story of a certain Kohen who was מתעסק – a word we shall translate in just a moment – while seemingly collecting some wood for the mizbeach, at which time he noticed that one of the stones of the floor of the storeroom differed from those around it as if it – alone – had been removed and then subsequently replaced.
Knowing that there was a tradition that the Aron Kodesh had been hidden near that location (see Mishna Shekalim 6:1), he immediately went to tell a fellow Kohen about his discovery. However, he suddenly died – which was understood to be a heavenly sign confirming that this truly was the location where the Aron Kodesh had been hidden.
According to Rashi, the word מתעסק – which would generally be translated as ‘was busy with’ – is used here to describe behaviour that was being conducted in a joking manner, and as Rav Chelbo further suggests, this Kohen may have been playing with his hatchet while sorting the wood for the mizbeach. In fact, this approach is the basis for commentaries like the Ben Ish Chai (see Benayahu on Yoma 54a) to conclude that the reason why this Kohen died was due to his casual attitude towards his service as a Kohen.
But the word מתעסק need not be understood this way. In particular, we use this term in Hilchot Shabbat to describe an outcome that occurs inadvertently when doing something else, and it is therefore possible to understand the Mishna to be speaking of a Kohen who was doing his job in an appropriate manner but who, inadvertently, in a מתעסק type of way, noticed this unusual stone. And why did he die? Seemingly because God decided that it was not the right time for him to reveal what he found.
And why do I say this? Because, often when we are involved in one thing, we inadvertently notice other things. On occasion these may simply be insignificant distractions. But at other times these may be details which point towards something very significant. For example, we may be at work and, in the corner of our eye, notice a colleague doing something unethical. Or we may be in our garden and hear a neighbor be verbally abusive to their spouse or child. Or we may work in a school and notice that a particular teacher is being overly friendly and inappropriate towards children.
When this occurs, there are some who fear the consequences of speaking up about what they have heard or seen. But unlike objects that God does not want identified or revealed, there are things that we see that we are called upon to identify, challenge, report and reveal for the sake of the promotion of morality and the protection of humanity. And while it is understandable to consider our feelings and fears while doing so, the responsible thing is to think about the consequences of our failure to do so, and to recognize that doing the right thing doesn’t always come with a warm fuzzy feeling inside.
Ultimately, much of what we notice in the word occurs when we are מתעסק. Sometimes what we notice is unremarkable. And sometimes it very much deserves to be remarked upon. And when it is the latter, it is essential that we do.
×
×