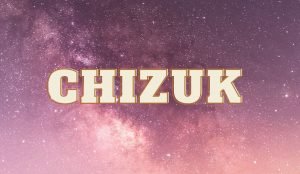 Today’s daf (Yoma 6a) continues its examination of the Mishna (Yoma 1:1) which informs us that the Kohen Gadol was sequestered for the seven days prior to Yom Kippur. However, it would seem that not only was the Kohen Gadol kept away from his house for this 7-day period, but also from his wife, which leads the Gemara to wonder why this was so and why it was not possible for her to join him. To this we are told the opinion of Rabbi Yehuda Ben Beteira who explains that the reason for this was due to the concern that the Kohen Gadol and his wife may have sexual relations during this 7-day period and then realise that they may have been in the state of Niddah at that time (which would then disqualify him from performing the Yom Kippur service).
However, what is particular interesting is the fact that when the Rambam codifies this rule (in his Hilchot Avodat HaKippurim 1:3), he adds a further reason. As he writes: ‘For seven days prior to Yom Kippur, the Kohen Gadol separates from his home to his chamber in the Temple. This is a tradition received from Moshe Rabbeinu. And he is separated from his wife for these seven days, lest his wife become a niddah etc.’
As numerous commentaries point out, Rambam’s additional line of ‘this is a tradition received from Moshe Rabbeinu’ is not explicitly found in the Gemara. Additionally, as Rabbi Teichtel writes in his Mishnat Sachir, it is not even reflective of the Rambam’s general method of avoiding extraneous biblical references in his halachic presentation. Moreover, this statement seems somewhat redundant since the Rambam immediately proceeds to present the rationale given by Rabbi Yehuda Ben Beteira as found in the Gemara.
There are a number of possible suggestions found in the classic commentaries on the Rambam as to why Rambam added this statement. However, to these I would like to add the following.
The Kohen Gadol and his wife were separating in order to guarantee his ability in serving the nation on Yom Kippur. Clearly this was an act of self-sacrifice based on a ‘maybe’ (i.e. lest his wife become a niddah). Given this, it is possible – as implied by the Rambam here – that prior to separating, the Kohen Gadol and his wife were told that though their separation was likely to be difficult for them both, such an act mirrored that of Moshe & Tzippora, and by saying this to them, it was hoped that these words would provide them with some comfort and chizuk.
Oftentimes it is thought that even the most religious people waltz through the commitments and challenges of religious life with ease. However, I can attest to the fact that this is not the case, and whether or not there is truth in my suggested explanation of the Rambam, there is most certainly truth in the idea that it wishes to emphasise – namely that all Jews, from the most religious to the least religious, whether living their regular life, or being asked to make significant sacrifices in their life, all need some chizuk.
×
×