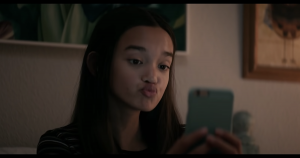 However, the Gemara then cites the opinion of Rabbi Yehuda – according to whom we rule (see Rambam, Hilchot Avodat Yom HaKippurim 5:1) – who then clarifies that while this absolute demand for סדר (order) applies to the actions performed by the Kohen Gadol in the Kodesh Kodashim, if the actions performed by him outside of the Kodesh Kodashim were not done in order, then מה שעשה עשוי – what is done is done (i.e. it is valid).

Reflecting on this distinction, it suggests – as does so much of the Avodah performed by the Kohen Gadol on Yom Kippur – that the service performed by the Kohen Gadol in private (i.e. in the sacred space of the Kodesh Kodashim) needs to be performed with even greater care to details than the service that he performs in public, and that it is especially when no one else can see what he is doing which is when getting the order of what he does right counts the most.

Unfortunately, the trend today is the opposite. So many people care about their outside image and spend much time and effort working on making sure that they are seen as people with everything ‘sorted’ and על הסדר – in order. Yet at the same time their less visible private life, and their Kodesh Kodashim – the feelings which they have which few if any know about – are in turmoil.