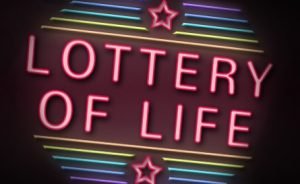 Today’s daf (Yoma 63b) cites a Beraita where we encounter the only recorded ruling of a Tana called חנן המצרי – Chanan the Egyptian – who was of the opinion that if the he-goat fated by the goral (lottery) to ‘Azazel’ died prior to it being cast to the wilderness, but after the he-goat – also fated by the goral – had been slaughtered ‘L’Hashem’, then a replacement may be brought to replace the one that had died without the need to draw lots once more.
Of course, on first glance this conclusion appears to conflict with the broader theme and message of the lottery since one of the two goats did not have its destiny determined by the fate of a lottery.
However, this is only partially true, because while this replacement goat was not ‘chosen’ by a formal lottery, it was – ultimately – chosen, which means that while the original goat’s fate was determined by one type of chance, this goat’s fate was also determined but by a different type of chance – namely the lottery of whichever goat was in the marketplace at the time which determined it to be suitable and fated it to ‘Azazel’.
We often have a very particular idea about what a lottery – and what ‘chance’ – looks like. But though there are deliberate ways of ‘drawing lots’, there are many other lotteries in life that do not involve extracting tiles from a box, but which have the same kind of effect.
And it is this point which I think Chanan the Egyptian may have been making – that the replacement goat was chosen from a lottery, but just a different type of lottery – the lottery of life itself.
×
×