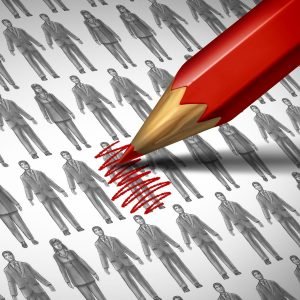 Much of today’s daf (Yoma 64a) examines a disagreement between Rav and Rav Yochanan.

According to Rav, בעלי חיים אינם נידחים, ‘living creatures are not rejected’ – which means that if an animal was consecrated to be offered in the Beit HaMikdash and then, prior to it becoming slaughtered, it developed a blemish and became unfit for use as an offering, then if that blemish disappeared, that animal may still be brought as an offering.

Contrasting this, Rav Yochanan is of the opinion that בעלי חיים נידחים, ‘living creatures are rejected’, which means that if a consecrated animal does develop a blemish, then from then on it is irrevocably disqualified and rejected – even if that blemish subsequently disappeared.

In a world where there is a growing culture of ‘cancelling’ people for past mistakes or transgressions, the question of whether transgressions or mistakes should irrevocably disqualify or reject a person, or whether consequences should only be temporarily applied until they apologize or make amends, is very timely. And it is therefore of note that the Rambam (Ma’aseh Korbanot 15:4 & Pesulei Mukdashin 6:1) rules in accordance with Rav.

What we can learn from here is that it is right to have standards. But it is also right to offer second chances, because בעלי חיים אינם נידחים – ‘living creatures are not (irrevocably) rejected.’