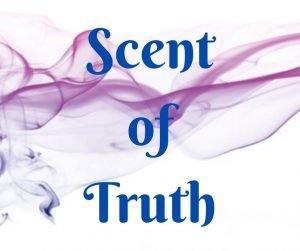 Today’s daf (Yoma 66b) relates how Rabbi Eliezer was asked a number of questions which he evaded answering, and as the Gemara then proceeds to explain, ‘it was not that Rabbi Eliezer was trying to avoid the topic, but instead, because he was not say anything that he had never heard from his teacher’ (see Sukkah 28a where Rabbi Eliezer says this explicitly about himself). However, as many of the commentaries observe, this is clearly not the case since Rabbi Eliezer proposed and taught many original Torah insights. So what are we to make of this statement?
Rav Chaim Shmuelevitz offers a stunning answer to this question in a talk which he delivered in 5731 (1971) about the teacher-student relationship, where he speaks of the ‘scent of truth’ that one can receive from one’s teacher. As he explains: ‘a student receives from their teacher this sense of ‘the scent of truth’ with respect to their understanding of Torah and the words of the Sages, and even if the student may not have been able to fully grasp the Torah insights of their teacher (given the greatness of their teacher), nevertheless they can sense, in their soul, what their teacher would say about a topic. This is what an authentic student is, for if it were to be that they literally never say anything that they did not hear from their teacher, this doesn’t make them a student, but instead, just a mouthpiece… Thus, Rabbi Eliezer most certainly expounded and ruled on matters that he had not previously heard (from his teacher), but he would not rule on a matter prior to probing and clarifying to himself that this is what his teacher would have ruled.’
As someone who was blessed to have some truly remarkable teachers, almost every day I endeavour to tap into that ‘scent of truth’ that I was fortunate to receive from them. Admittedly, it is nigh impossible to know with certainty whether they would rule as I do in particular cases. At the same time, in a way that is equally impossible to describe, I often have an intuitive sense that they may have done so, which means that when approaching challenging questions even when sitting alone, I know I am not alone in my thinking and reasoning.
However, there is one thing that is different between a scent and a teacher-student relationship, which is that while a scent dissipates over time, it is often only after a period of time that a student begins to truly comprehend the lessons they learnt from their teacher, as the Gemara remarks, ‘it may take a person forty years to understand their teacher’ (Avodah Zara 5b), which is perhaps why our Sages compared wise teachers to old wine (Avot 4:20), because like both, our appreciation of them increases with age.
Go to Top