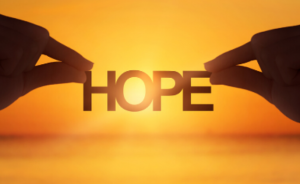 We are taught in today’s daf (Yoma 67a) that a crimson thread was tied on the outside of the door of the entrance hall of the Beit HaMikdash prior to the se’ir hamishtaleach (the scapegoat) being taken out to the desert: הלבין – if it turned while, היו שמחים – they rejoiced; לא הלבין – if it didn’t turn white, היו עצבין ומתביישין – they were sad and shame-faced.
However, since the thread didn’t always turn white – at least immediately, which then caused many of the people to feel sad and hopeless, the Sages decided to change the location of the thread so it be tied on the inside of the door where fewer could see it. However, there were those who still peek in to see whether it had turned white or not, and they – and those whom they subsequently spoke to – would feel sad and shamed-faced if it had not turned white. As a result of this, the Sages decided that the thread not be located in the Beit HaMikdash but, instead, be taken with the se’ir hamishtaleach into the desert.
Reflecting on this Gemara, Rabbi Shmuel Bornsztain (Shem Mishmuel, Shabbat Shuva 5672) notes that the changes which the Sages made to avoid the people feeling sad or shame-faced are, on first glance, hard to understand. ‘On the contrary! Surely it should have been better for them to feel shame-faced which would have encouraged them to seek and achieve atonement – as our Sages teach (Brachot 12b), “whoever sins and is shame-faced about it, has all their sins pardoned.”’
But then, having raised this question, he provides us with a stunning explanation which sheds much light on the human condition:
‘However, it would seem that the reason why [the crimson thread was subsequently only tied in the desert] is based on what is taught in Horayot (12a) that ‘there are times when a person’s spirit weakens which can then affect their mazal’, and here, if the people thought that their service was not desired, it would cause them to weaken their commitment to serving God… for if a person loses hope, this is worse than anything else.’
What this means is that changes were made to the Yom Kippur ritual in order to maintain the hope, the faith, and the self-belief of the people. And why? Because ‘there are times when a person’s spirit weakens which can then affect their mazal’, and because ‘if a person loses hope, this is worse than anything else’.
As we know, there are many Jews who attend synagogue just once a year on Yom Kippur. Some who attend three times a year on Rosh Hashanah and Yom Kippur. Some who attend monthly. Others who attend weekly. And others who attend daily. Yet whether someone is a regular or irregular attendee at religious services, and even if they never attend synagogue services, what is clear is that our spirit affects our pursuit to change, and that hope is an essential ingredient in faith and in life.
With this in mind, and as synagogues around the world are already planning their High Holyday Services after an incredibly difficult year, there is just one thing I would ask: that they be as adaptable for their services as the Sages were in relation to the Yom Kippur ritual, and that they ensure that whatever is done in their services lifts people’s spirits and conveys a message of faith, joy, hope, and self-belief.
Go to Top