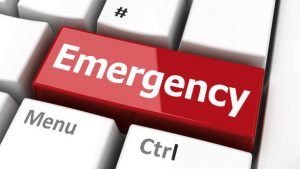 Twice in today’s daf, reference is made to actions and decisions taken in very particular situations which thereby overrode particular prohibitions.

In Yoma 69a we read how Shimon HaTzaddik wore the Bigdei Kehuna (priestly clothes) outside of the Temple when meeting and petitioning Alexander the Great in order to forestall the destruction of the Temple, and we are informed that this prohibited act was justified because עת לעשות לה’ הפרו תורתך – “there is a time when we act for God by nullifying the Torah” (Tehillim 119:126).

Then, in Yoma 69b we are told that when Ezra inspired the nation to do teshuva, he encouraged them to make an oath by explicitly invoking the Tetragrammaton – which may not be done outside the Temple Courtyard. So how was this possible? Because this was a הוראת שעה (a temporary measure) decided by Ezra in that moment given the importance of restoring the people’s commitment and loyalty to Judaism.

What this means is that the rabbinic ‘toolbox’ doesn’t just concern itself with סור מרע (‘turn from bad’ – Tehillim 34:15), but also with ועשה טוב (‘and do good’ – ibid.) as well. And so, while certain prohibitions may be overridden for the sake of הצלת ישראל (the saving of the Jewish people – see Beit Yosef Yoreh Deah 178), this should be applied not just with respect to the saving ‘from’ death and destruction, but also, with respect to the saving ‘for’ growth, connection and – ultimately – redemption.