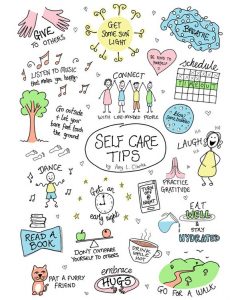 Much of today’s daf (Yoma 74b) is dedicated to exploring the instruction of ‘תְּעַנּוּ אֶת נַפְשֹׁתֵיכֶם – afflict yourselves’ (Vayikra 16:29), and later on, ‘וְעִנִּיתֶם אֶת נַפְשֹׁתֵיכֶם – and you shall afflict yourselves’ (Vayikra 23:32) – which is commanded with respect to Yom Kippur and which is understood to be the biblical source from where we derive the prohibitions of eating, drinking, bathing, anointing, wearing leather shoes and sexual relations as detailed in the previous Mishna (Yoma 8:1).
But, as pointed out in a Beraita in today’s daf, maybe this commandment shouldn’t be interpreted as such? True, the word תְּעַנּוּ is understood to be a passive form of ‘affliction’, but perhaps it could be interpreted to require us to ‘sit in the sun, or in the cold, in order to suffer’?
This question is answered by the Beraita which explains that the ענוי נפש – the affliction of the self – that we undergo on Yom Kippur should not require that we physically do anything, or physically go anywhere. Instead, it is an ענוי (affliction) of שב ואל תעשה (literally, ‘sit and do nothing’, but practically, complete inaction i.e. not eating, not drinking etc.)
However, reflecting on this explanation of ענוי נפש leads us to a significant – yet rarely considered – conclusion, which is that a lack of self-care, even without the intent to do oneself harm, is itself categorized as ענוי נפש.
Too often, we think that we are ‘generally’ looking after ourselves because we are not ‘doing’ anything harmful to ourselves. Yet, as demonstrated in today’s daf, the working definition of ענוי is not about what we are harmfully ‘doing’ to ourselves (although this is obviously – in many instances – an even graver form of ענוי), but instead, what we are ‘not giving’ to ourselves.
Sadly, there are many of us – consciously or otherwise – who don’t prioritize ourselves and who, thereby on a regular basis, experience the textbook definition of ענוי נפש. Of course, if such people were asked whether their lack of self-care was equivalent to self-afflicting, they would quickly dismiss such a claim.
And this is why it is important for us to remember today’s daf – Yoma 74b – because if we meet someone today, tomorrow, or in the future, who we think is not looking after themselves but does not think it to be out of the ordinary, we should review this daf with them and show them that ענוי נפש is defined as שב ואל תעשה. And if this applies to us, then today should be the first day when we start living a healthier life, and not a life which – in some way – makes every day comparable to being like a mini-Yom Kippur.
Go to Top