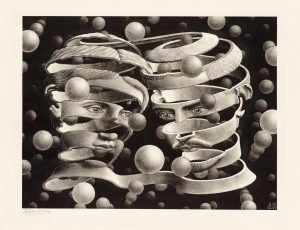 Once in a while, especially in the realm of aggadata, we encounter a highly creative interpretation which, on first glance, seem to significantly ‘overstretch’ the meaning of a text or concept which they are seeking to explain.

In this spirit, today’s daf (Yoma 76a) contains a Beraita which relates how Rabbi Tarfon, Rabbi Yishmael and the elders – including Rabbi Elazar HaModai – were discussing the Manna which sustained Bnei Yisrael while they travelled in the wilderness, and amid their discussion we are informed how Rabbi Elazar HaModai proclaimed that the height of the pile Manna which fell for the Bnei Yisrael each day was sixty amot (approx. 30 metres) high (גבוה). To this, Rabbi Tarfon – employing a clever pun – responded, “Modite! Until what point will you continue to gather together (מגבב) words and pile them upon us?!”.

Reflecting on this interpretation, the Gemara initially responds, הא לא דמיא – ‘this case (i.e. the Manna) is not comparable to the other (i.e. the flood)!’, but it then defends Rabbi Elazar’s interpretation, noting that he employed a form of gezera shava. By doing so, the reader is left with a sense that though this interpretation may be an overstretch, it is underpinned by logic and has validity.

Interestingly, while the title ‘HaModai’ is generally understood to refer to the locale of Rabbi Elazar – the region of ‘Modiin’, Rabbi Menachem Mendel Schnnersohn explains (see Leket Chiddushim U’Biurim on Bava Batra 10b) how there is a further way to understand this term, and this is because ‘HaModai’ can also mean ‘the person with extra information’. Therefore he asserts that this title also conveys how Rabbi Elazar was able to see things that others were not, and that he was gifted in interpreting texts in ways that others did not perceive.

It is noteworthy that we find a number of instances in the Gemara when – towards the end of an aggadic discussion – Rabban Gamliel remarks that עדיין אנו צריכים למודעי – ‘we still need to hear from [Rabbi Elazar] HaModai’ (see for example Shabbat 55b & Bava Batra 10b), and on the basis of Rabbi Schneersohn’s explanation it seems clear that the reason why this was so was because it was clear to Rabban Gamliel that Rabbi Elazar was always able to add a unique perspective to whatever was being discussed.

Oftentimes, we can teach students or learn with friends who see things very differently to us and others, and at times there is a tendency to be dismissive of excessively creative interpretations. Yet, as we learn from today’s daf, while there were those who appeared to relate to Rabbi Elazar’s interpretation in this manner, the Gemara itself ultimately acknowledged the logic and validity of his explanation.

True, in the realm of halacha, there are rules of interpretation. But when it comes to aggadata, there are far fewer rules, and thus we should be wary not to quash or silence those who see things differently to us, because it is possible that they, too, are a ‘Modai’ – who can see and explain things that others cannot.