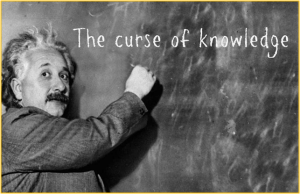 Having been taught about the prohibition and liability of eating food and drinking drinks on Yom Kippur, today’s daf (Yoma 81b) considers whether it is prohibited, and whether one is liable from eating non-foods (i.e. products that are generally understood to be unfit for consumption, such as leaves of reed) and from drinking non-drinks. However, as we see from the Gemara, the distinction between drinks and non-drinks is far from clear.
According to Rebbi, and notwithstanding the logic that might lead someone to assume that vinegar is considered a ‘non-drink’, he rules that one who drinks vinegar on Yom Kippur is liable because it alleviates someone from feeling thirsty.
Taking a different position was Rav Gidel bar Menashe who – in a public lecture – presented his view that ‘the halacha is not in accordance with Rebbi’. The problem with this was that, the following year on Yom Kippur, a trend began of people mixing water with vinegar (to dilute its strength) which they then drank on Yom Kippur!
Having heard about this, Rav Gidel was furious, and he responded by saying: “It would be fair to say that I ruled that one is not liable afterwards (i.e. if someone drank vinegar), but did I ever rule that one should do so?! And it would be fair to say that I ruled that you are not liable for drinking a small amount [of vinegar], but did I ever rule that one is exempt from drinking a large amount?! And while it would be fair to say that I ruled that one is not liable for drinking raw vinegar, but did I ever rule that it is permitted to dilute it and drink it?!”
To my mind, this episode is more relevant today than ever before, and this is because there are times when even the most thoughtful of halachic decisors can make a statement or share a halachic position in public – and here I specifically refer to the internet and on social media – yet because they do not also provide the particulars of when their ruling would and wouldn’t apply, to whom their ruling should and should not apply, it can then be easily misinterpreted and misapplied.
Of course, for the decisor themselves – like Rav Gidel here – the idea of extrapolating permission for an altogether different situation from what they spoke of seems absurd. Yet this is what is known as ‘the curse of knowledge’ which sadly has afflicted, and continues to afflict, many halachic decisors. And while many halachic decisors do attempt to put themselves in the shoes of those who ask them questions, unfortunately, too few of them take a moment to put themselves in the shoes of those who, while scrolling through their social media feed, encounter a brief statement from them addressing a delicate area of halachic decision-making – which then prompts them to make significant changes to what they do and how they do it.
Ultimately, the word הוראה – which is used by the Torah and Chazal to refer to halachic decision-making (see Vayikra 10:11, Keritut 13b & Rashi) – also means to educate (see for example Shemot 4:12), and a good educator considers not only what they are saying, but also about what others are hearing too.
Thus, to be a true מורה הוראה, one needs not only to think halachically, but pedagogically too, and one needs to consider not just what you are saying, but also what others might be reading and hearing from the words that you have written and said as well.
Go to Top