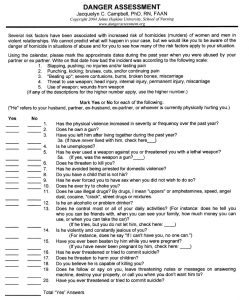 On five occasions in today’s daf (Yoma 84b) our Sages teach us that where there is even the slightest risk to life, הזריז הרי זה משובח – ‘someone who is quick to do whatever it takes [including the breaking of Shabbat and other commandments] is praiseworthy’, ואין צריך ליטול רשות מבית דין – ‘and there is no need to seek permission from a court to do so.’ Instead, where there is even the slightest risk to life, one should act as swiftly as possible without expending precious time consulting or affirming the validity of one’s actions with others.
Significantly, the Rambam (Shabbat 2:16) takes this even further, writing that: והמקדים להציל הנפש הרי זה משובח – ‘someone who does whatever it takes ahead of time in order to save a life is praiseworthy’. As Rabbi Nachum Rabinovitch explains in his Yad Peshuta commentary, ‘it would appear that [the Rambam] has taught us a major lesson here…because להקדים doesn’t just mean doing things quickly by performing a particular action at the right time. Instead, it means to begin to act even before that time comes. [This is clear] from what they (i.e. our Sages) said that if there is a fire in this courtyard, and there are people in another courtyard such that the danger to them is yet to materialize – one should proactively extinguish the fire, for perhaps the fire will reach them before they are able to flee. Clearly, this is the rule in all cases, and not only in the case of fire… And so, this is the meaning of what he meant when he wrote והמקדים להציל הנפש – meaning that we should be proactive even before the danger is fully realized.’
Personally, while I think that most Jewish communities – and society in general – are (generally) well trained in the concept of הזריז, what we are far less effective in is המקדים להציל הנפש – the idea of looking ahead of time, considering prospective dangers, and acting accordingly.
Significantly, this theme arose in a book I recently read called ‘Upstream’ which spoke about the value of ‘Upstream’ versus ‘Downstream’ problem solving. For example, when discussing domestic violence, it is clear that even the most זריז response to such violence can unfortunately be too late. This is why Jacquelyn Campbell developed a Danger Assessment tool to help predict ‘intimate partner homicide’, and through its adoption in recent years by police departments in parts of the US and early intervention by the police and other agencies, many lives have since been saved.
To my mind, this Danger Assessment tool is a powerful example of what the Rambam speaks of as המקדים להציל הנפש. Unfortunately however, it is still not used as widely as it should be, and lives are still being lost to domestic violence and from other preventable dangers. And this is why we need to take the Rambam’s words seriously, so that we are not just זריז about פיקוח נפש, but מקדים as well.
×
×