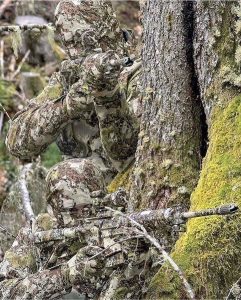 Today’s daf (Yoma 87a) – which is the penultimate daf of Massechet Yoma – references the so-called ‘heter (‘permission’) of Rav Huna’:
Rav Huna said in the name of Rav: “When someone commits a transgression, and then repeats it, it becomes permitted to them.” Does it really become permitted to them? Of course not! Instead, it becomes as if it is permitted to them.
The question, of course, is how can a transgression simply become ‘permitted’? Explaining this Gemara, Rabbi Nosson Scherman writes (in his Overview to Artscroll Eichah): ‘Most people remember the first time they committed a particular sin. There was a feeling of remorse and emptiness…If it happens a second time…it may bring no more than a shrug of the shoulders and the unspoken feeling that it wasn’t so terrible, after all. The third time?… Then it becomes one more facet of normal behaviour.”
What this means is that if we are interested in self-improvement and if we want to spiritually upgrade ourselves, not only must we look towards fixing those actions which we still feel as if they are transgressions, but we must also look deeper for those actions which we have normalized to such an extent that we don’t even register them as being transgressions.
But if this is the case, how do we even find these stealth transgressions which are now so well camouflaged by this ‘heter’ that they no longer register any inner feeling of remorse or emptiness? In such a situation, we cannot rely on our feelings. Instead, we need to make time to learn so that we can intellectually identify the errors and transgressions that our emotions have ceased to notice.
Along these lines, a few months ago a couple contacted me and asked to have a few online refresher learning sessions on the laws of Shabbat. As they explained, ‘though we keep the laws of Shabbat, we’re not sure whether everything that we do is what we should do, or whether we are just doing what we have gotten used to doing.’ Personally, I was so inspired by this couple, and the more I think about it, the more I realise that such ‘refresher courses’ are invaluable – not only in terms of enriching our understanding of Jewish practice, but also, in terms of identifying those camouflaged actions which have become normalized in our life.
Ultimately, whether or not we realise it, many of us ‘rely’ on this ‘heter of Rav Huna’. But perhaps now is the time for us to be truly honest with ourselves – and seize the opportunity to refresh and upgrade.
Go to Top